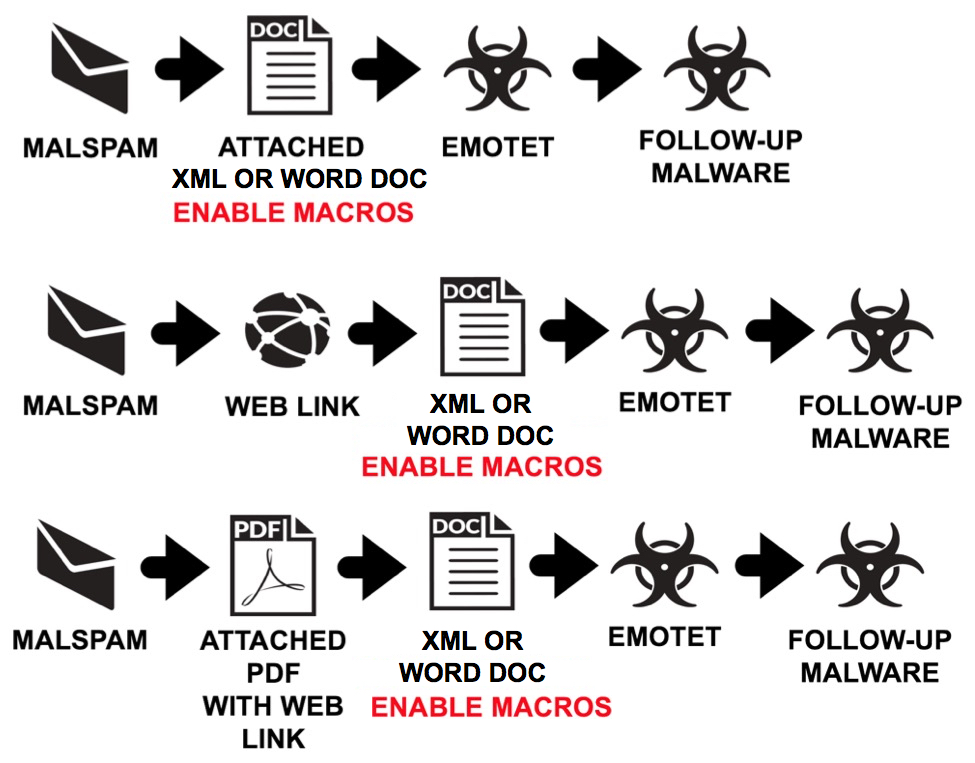 Shown above:  Flow chart for recent Emotet malspam infections I’ve seen during the past month or so.

Shown below is an example of Emotet malspam with a link for the XML document.  Clicking on the link downloaded an XML document with a .doc file extension that opens in Microsoft Word by default, if Word is installed on the victim’s host. 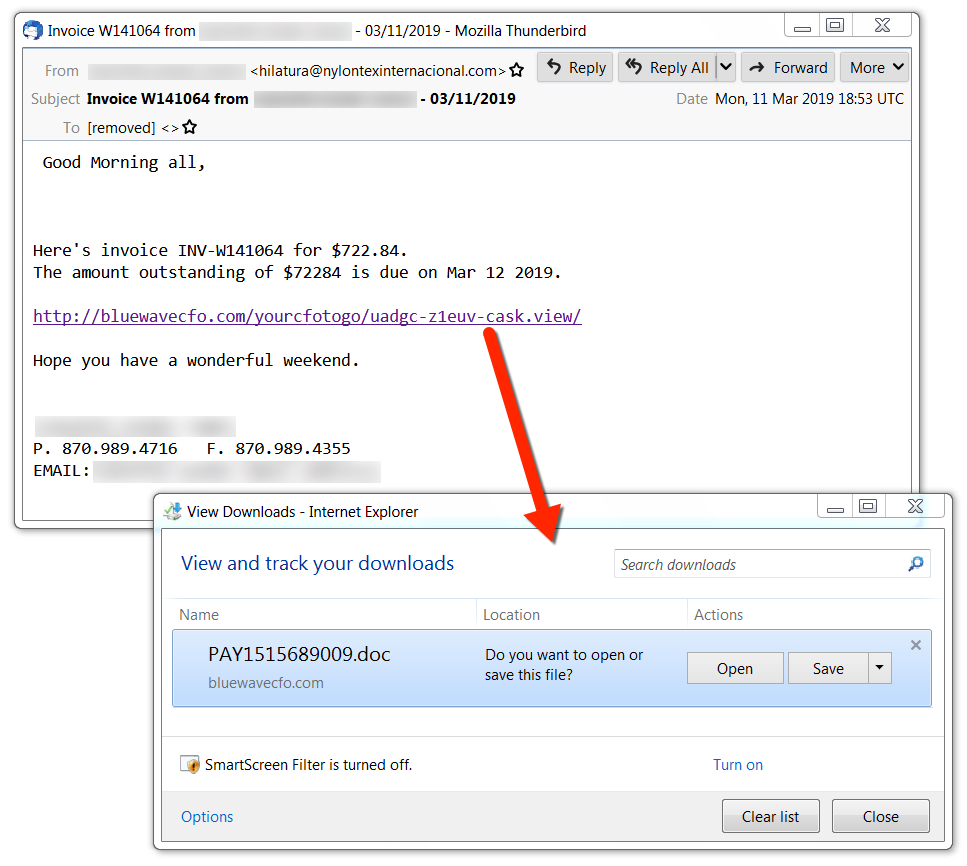 Shown above:  Screenshot of Emotet malspam with a link for an XML document.

The downloaded XML document has macros that, if enabled, will infected a vulnerable Windows host with Emotet. 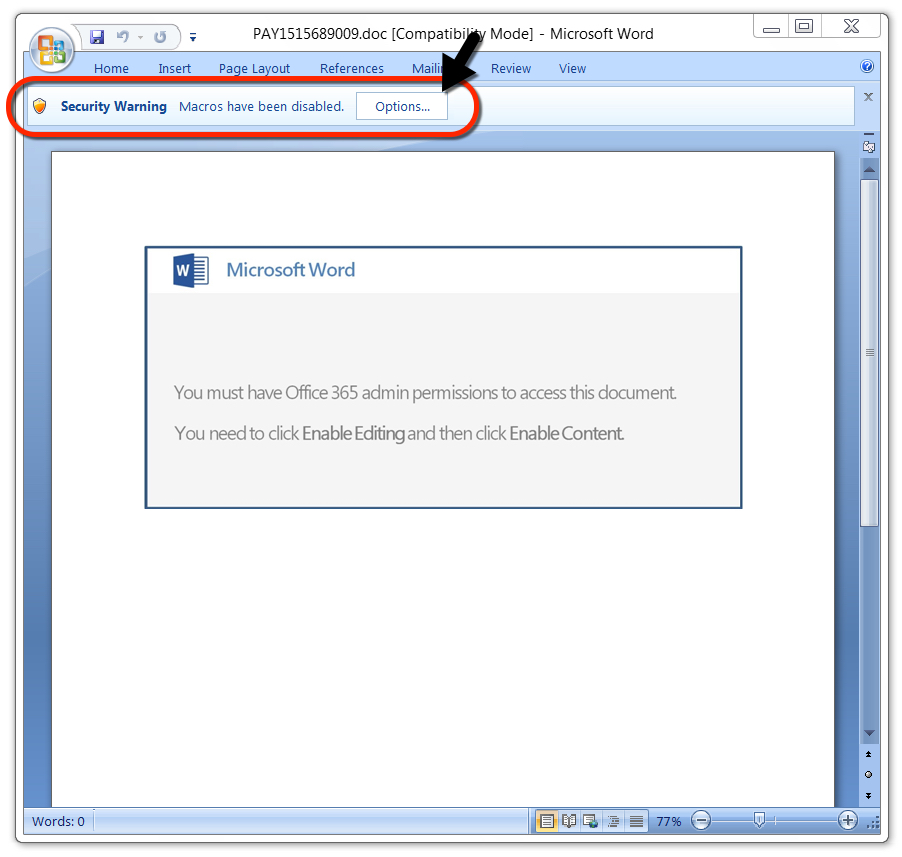 Shown above:  An XML document downloaded from a link in Emotet malspam.

Infection traffic was typical for what I’ve seen with Emotet, and the Qakbot traffic was similar to patterns seen the last time I documented an example of Emotet + Qakbot in December 2018. 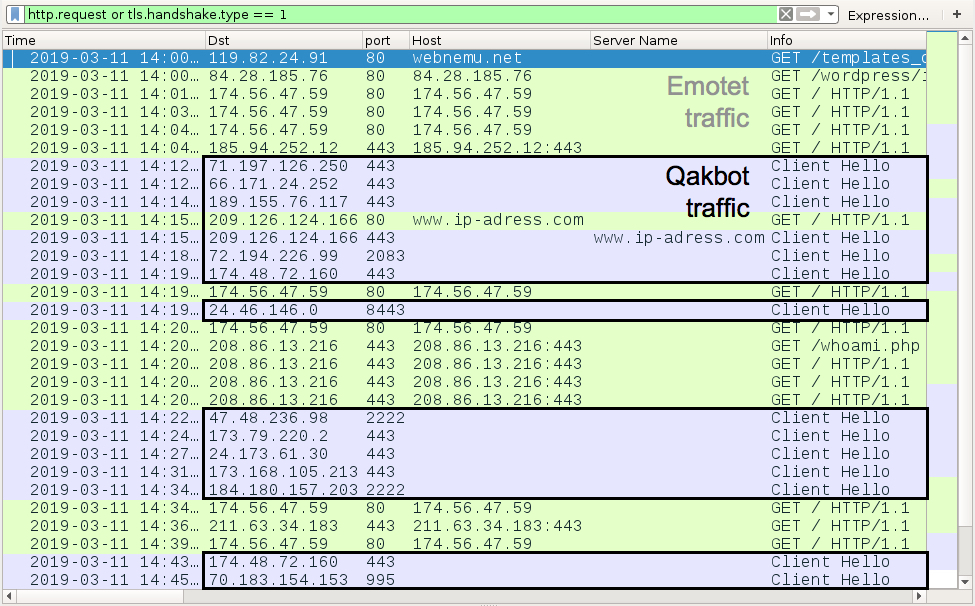 Shown above:  Traffic from an infected Windows host.

Shown above:  Alerts from Security Onion using Sguil with Suricata and the EmergingThreats Pro ruleset.

The infected Windows host had post-infection artifacts similar to the last time I saw Emotet + Qakbot.  Both Emotet and Qakbot were kept persistent through the Windows registry.  Emotet generally saves follow-up malware under the C:ProgramData folder, and that was where the Qakbot EXE was originally saved.  However, when Qakbot executed, it copied itself to another directory and replaced the original file with a re-named calc.exe. 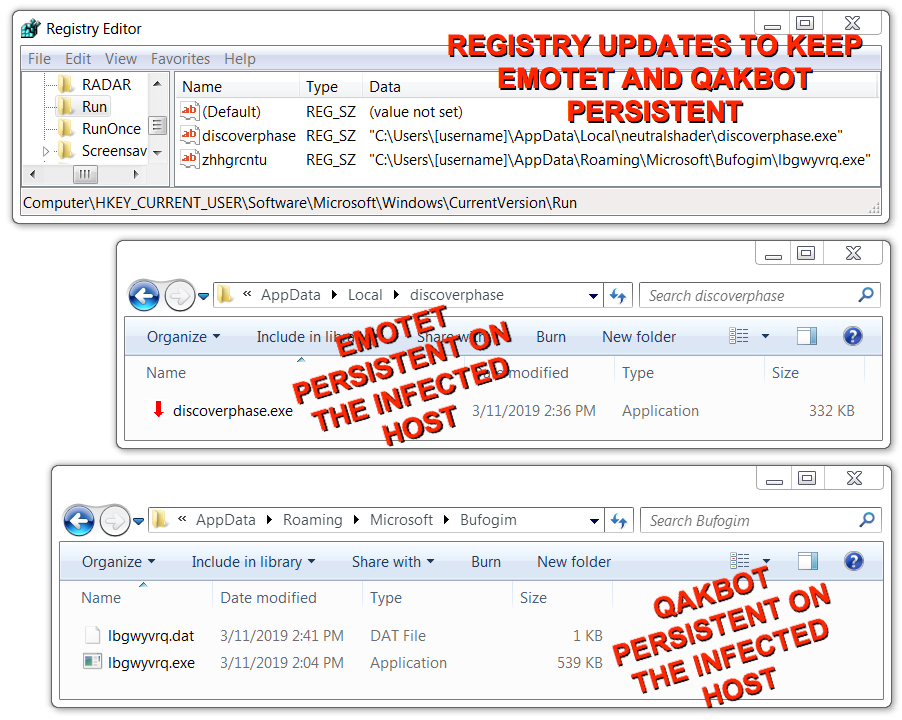 Shown above:  Emotet and Qakbot persistent on my infected lab host. 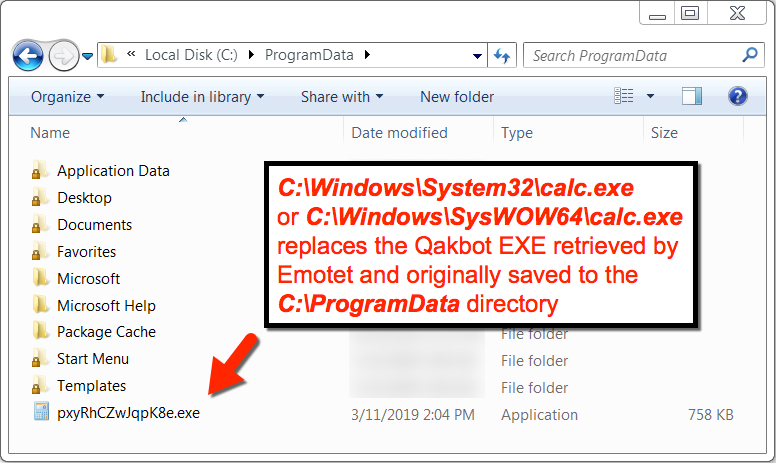 Shown above:  Qakbot replaces the file it was originally downloaded as with calc.exe, a non-malicious file.

The following is data from malware I retrieved from my infected Windows host:

On Monday 2019-03-11, I also saw Emotet + Trickbot on another lab host within an hour after I infected my first lab host with Emotet + Qakbot.  Pcap and malware from these two infections can be found here.

This month we got patches for 64 vulnerabilities. Two of them have been exploited and four have been made public before today.

Both exploited vulnerabilities (CVE-2019-0808 and CVE-2019-0797) affects win32k component on multiple Windows versions, from Windows 7 to 2019, and may lead to privilege escalation. An attacker who successfully exploited this vulnerability could run arbitrary code in kernel mode.

Amongst 17 critical vulnerabilities this month, it’s worth mentioning CVE-2019-0697 which affects DHCP Client and may lead to remote code execution (RCE). This is the second critical vulnerability in DHCP client this year both scoring 9.8 CVSS v3. The other one was patched in January (CVE-2019-0547).