Microsoft Apps Diverted from Their Main Use, (Fri, Nov 8th)

This week, the CERT.eu[1] organized its yearly conference in Brussels. Across many interesting presentations, one of them covered what they called the “cat’n’mouse” game that Blue and Red teams are playing continuously. When the Blue team has detected an attack technique, they write a rule or implement a new control to detect or block it. Then, the Red team has to find an alternative attack path, and so one… A classic example is the detection of malicious via parent/child process relations. It’s quite common to implement the following simple rule (in Sigma[2] format):

How to read this rule: Generate an alert when a process ‘powershell.exe’ is launched and its parent process is a Microsoft Office tool. To bypass this, the Red team or attackers now can use an alternative path:

Microsoft tools are wonderful because they can be used in many alternative ways and diverted from their main use. Example, to pause a script for 10”, use the ping command:

Much better than using a sleep() function in a malicious script that could trigger a sandbox alert.

How to become “stealthier” (from a network point of view!) when you need to download files from the wild Internet? How to grab files when you don’t have access to a regular browser? Most of the Microsoft tools accept URLs as file names.

Let’s load a text file via Excel. It accepts filenames as argument and filenames can be URLs: 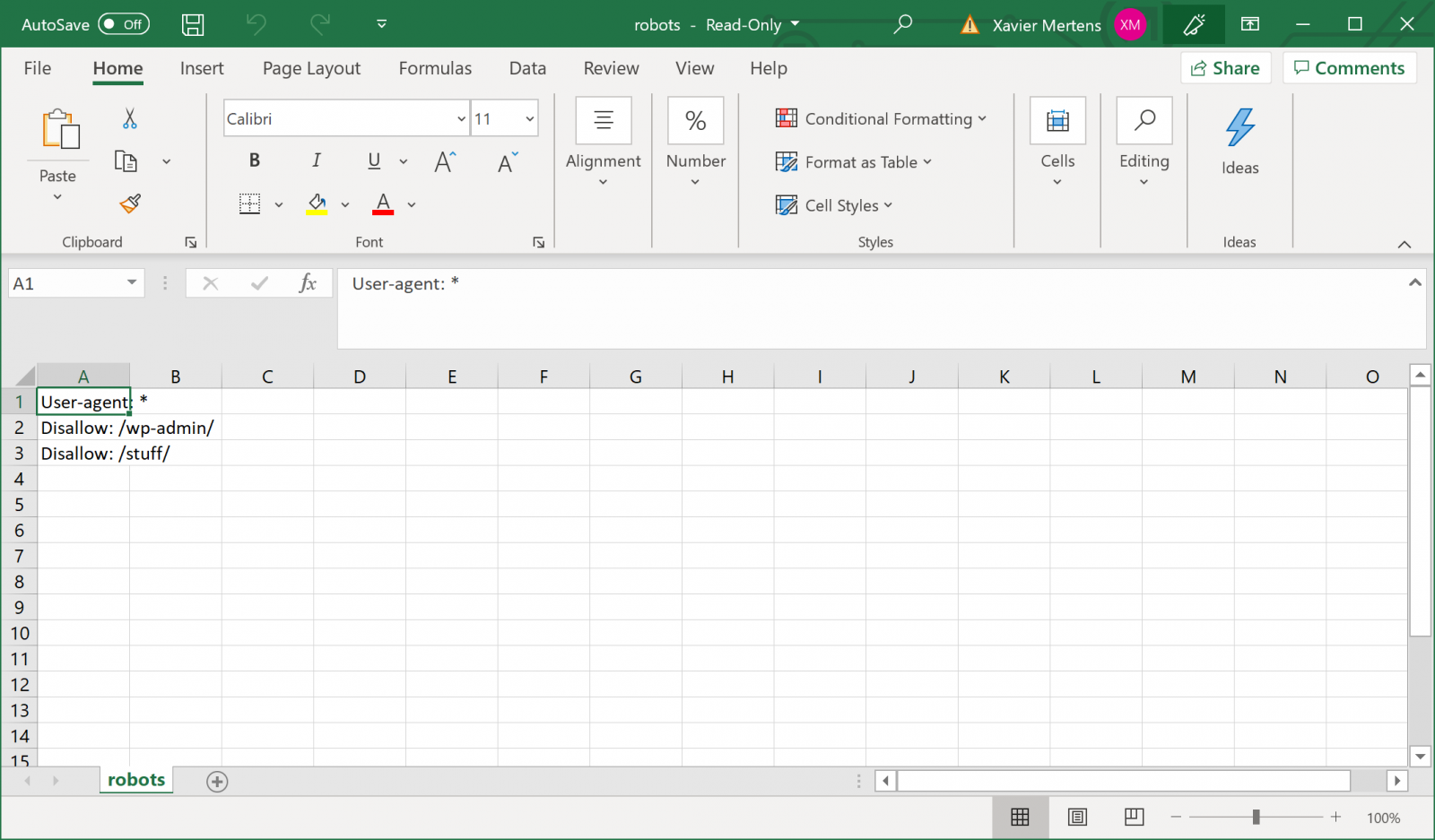 When the binary file is loaded in Excel, you can’t “see” it: 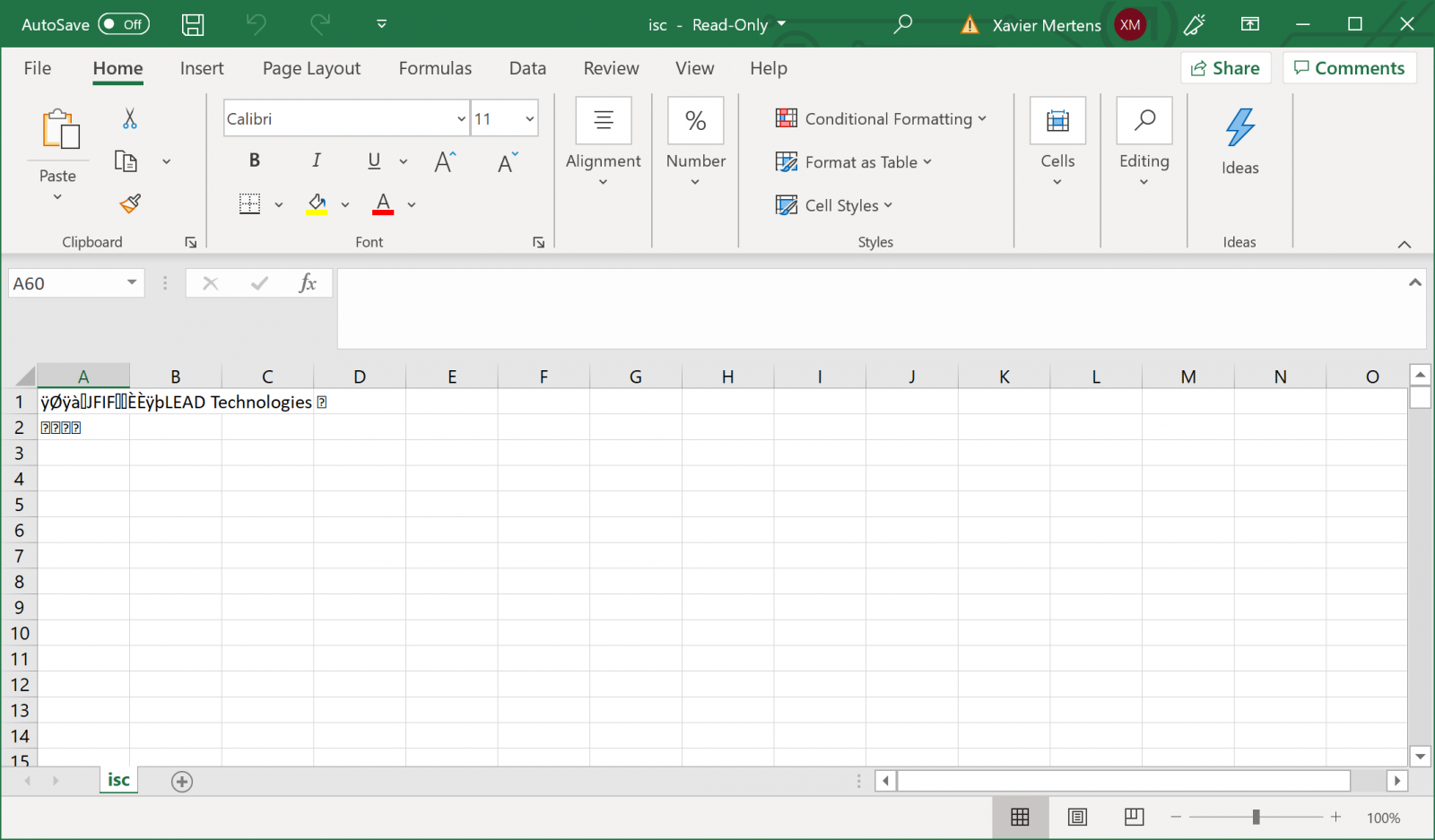 But the good news, a copy of the file is saved locally in the following directory:

Tip: Those directories are hidden!

From a network evidence point of view, the HTTP request is performed with a specific User-Agent:

If you try to fetch a more sensitive file like a PE file, you will get a warning from Excel: 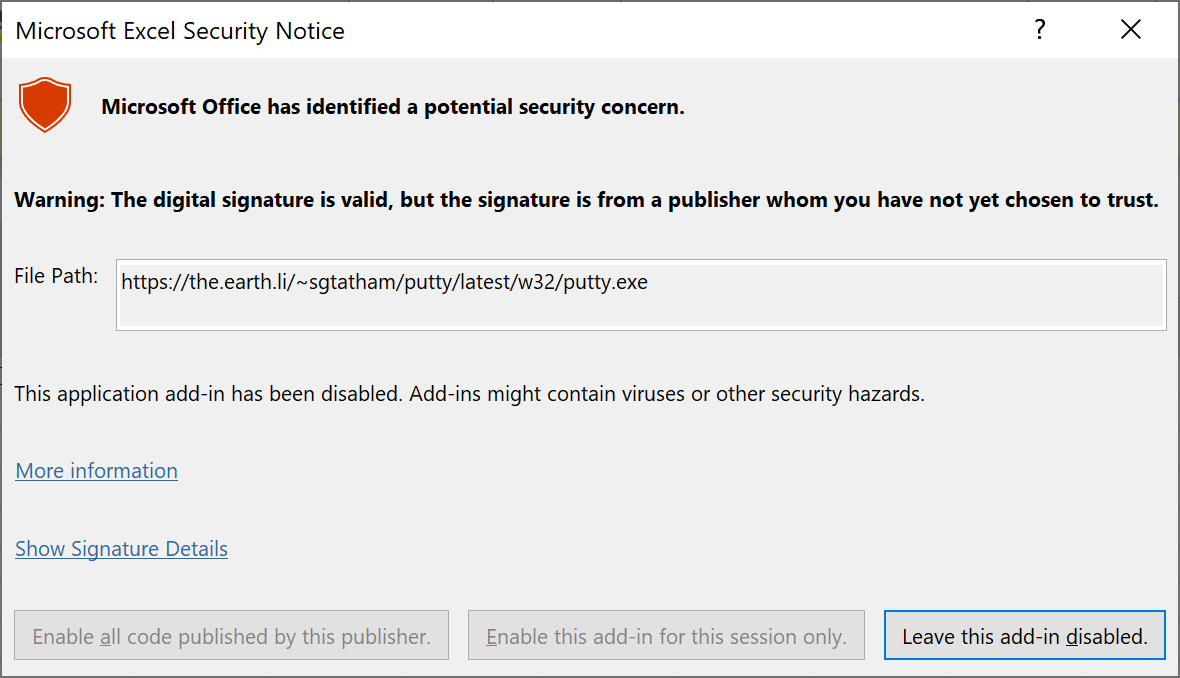 But the file will be downloaded anyway and available in the same directory!

No magic behind this, all Microsoft apps are compatible with HTTP objects and can GET/PUT/POST data. It’s not bullet-proof and can be easily detected but, as I said above, it means more work for the Blue team that needs to track this behavior. It’s an easy way to bypass a light AppLocker setup that would prevent users to execute a browser on a sensitive workstation.

Getting the best value out of security assessments, (Thu, Nov 7th)

Since my day job is all about hacking, I get a lot of questions (and there appears to be a lot of confusion) about what a vulnerability scan, penetration test or red team assessment is.
This article is my attempt to clear that a little bit – it was already published LeMagIT, but in French (https://www.lemagit.fr/tribune/Retirer-toute-la-valeur-des-evaluations-de-securite), so here’s a version in English 🙂 With that said, here we go …

Deciding which security assessment to perform depends a lot on an organisation’s security maturity level, and the best results will be achieved by performing them exactly in the order listed – let’s see why.

Vulnerability scanning (assessments) is something that every organisation should be doing on a regular basis. This is the first, and the most basic activity in managing vulnerabilities: the goal of a vulnerability scanner is to find low-hanging fruit and known vulnerabilities or misconfigurations. Vulnerability scanners will do a great job of enumerating installed patches, finding default accounts and misconfigurations. Modern scanners can also authenticate against target systems (log in), which will allow them to list installed patches and correlate such information with actively obtained data from a scan, thereby reducing false positive reports.

It is recommended that vulnerability scanning is performed regularly in every organisation, preferably with internal tools. The most popular network vulnerability scanners are Rapid7 Nexpose, Tenable Nessus and Qualys. Just keep in mind that these should be used for network scanning, while other, more specialised tools exist for application level scanning (i.e. for web applications).

Additionally, a penetration test will also test for vulnerabilities that a vulnerability scanner cannot find – for example, logic vulnerabilities. Business logic vulnerabilities are almost impossible for a vulnerability scanner to identify (at least for today’s tools), and they can be devastating. A good example is, if you are a bank and have an Internet banking web application; an attacker logs in and tries to create a transaction of -100 EUR, resulting in the payer receiving the funds instead of a payee. Or, another very common category of vulnerabilities is Direct Object Reference (DOR), when attackers try to access objects (for example, transaction records) belonging to arbitrary users by modifying object references. Since object references are typically just numbers (IDs), modification is easy, yet many scanners will miss such vulnerabilities since they do not understand the context i.e. the fact that by changing an ID and retrieving someone else’s transaction record means we have found a critical vulnerability.

It is now clear that penetration tests require a lot of manual work – that’s why they take quite a long time and are typically more expensive than a vulnerability assessment.

Finally, a red team exercise is the ultimate test of any organisation’s defences. In a red team exercise, the attackers are given a final goal and they can typically use any means they want to achieve their goal. This might include writing new exploits, using social engineering, moving laterally and so on.

Although the above is the ideal process for managing vulnerabilities within an organization, ultimately, deciding which security assessment to select also depends on the maturity level of the organisation. If, for example, the target organisation is not regularly patching its servers, there is no point in doing a penetration test or a red team exercise as even the basic security hygiene is lacking. This must first be addressed. It is only after low-hanging fruit has been taken care of, that a more sophisticated security assessment should be performed.

Likewise, if an organisation is releasing a new application, for example, then a penetration test might be more suitable since the goal will be to find all the vulnerabilities in the new application. And, if you have already tested the majority of your services, and have a trained blue team, a red team exercise will help show how prepared the organisation is against a real world attack.