Since compilers can differ significantly in terms of their internal functionality and the use of various optimization techniques, it makes sense why they generate slightly (or significantly) different output from the same initial code. But do these differences have any impact in terms of hindering the ability of anti-malware to correctly identify malicious code? To try and answer this question, I devised a simple test.

I would start with 3 C++ programs:

I would then compile each of these programs with 2 different compilers (TDM-GCC and Microsoft Visual C++) into both 32 and 64-bit binaries and use VirusTotal to find out whether would be any significant differences in their detections.

I used the following very simple code for both the “control” program and the EICAR dropper:

In the benign file, I’ve used the string “This is a benign string” as the contents. For the malicious program that would execute Meterpreter, I’ve used the same code as last time.

After all the binaries were compiled, it turned out that their VirusTotal detection scores did indeed differ – quite significantly in the case of our only “real” malicious file. 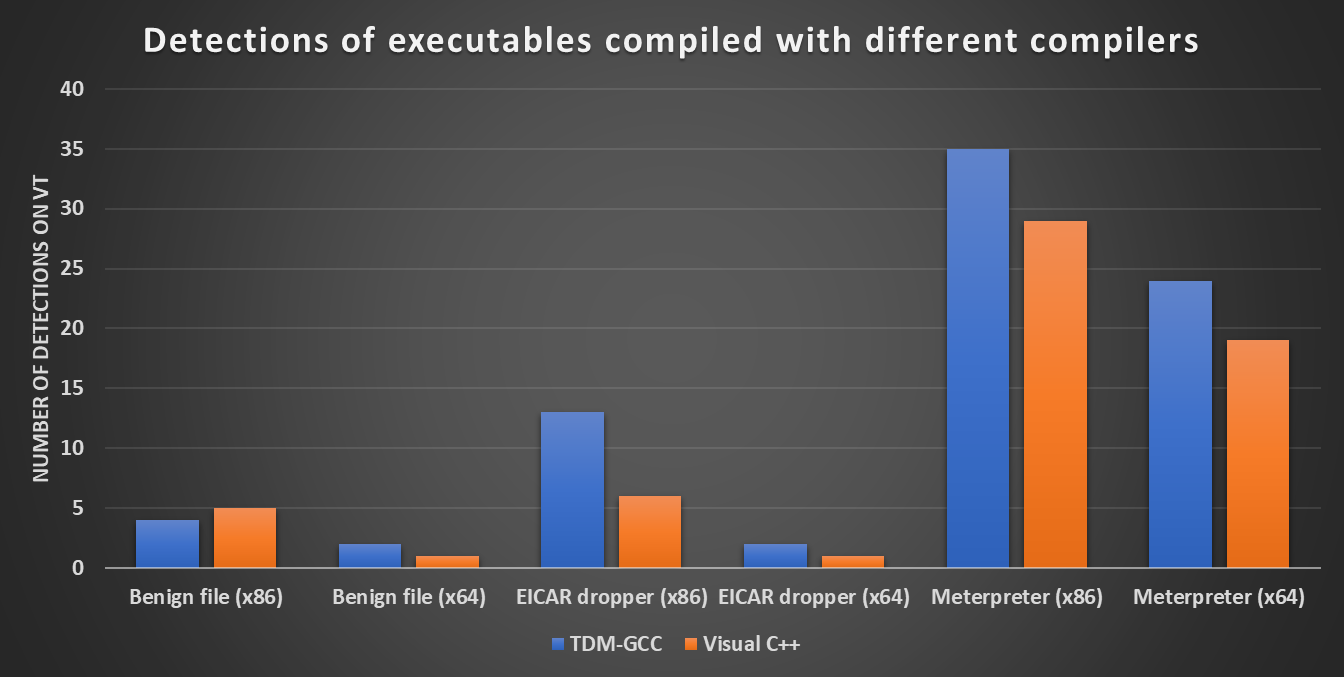 Besides a significant difference in the number of detections of the same 32-bit and 64-bit code, the chart seems to show that overall, the use Microsoft’s compiler might have negative impact on the ability of anti-malware tools to detect malicious code, at least when compared with TDM-GCC… But this isn’t actually true.

Even a small change to the initial code might result in significant changes to the resulting binary (and the ability of AVs to detect it) and these changes would be different for every compiler.

This can be seen quite clearly in the following chart, which shows detection scores of the original Meterpreter binaries and the scores for binaries that were compiled from the same source code, in which the only change was an increase (by about 1k) of the amount of memory allocated for the Meterpreter shellcode (which would not affect the basic function of the binary in this instance). 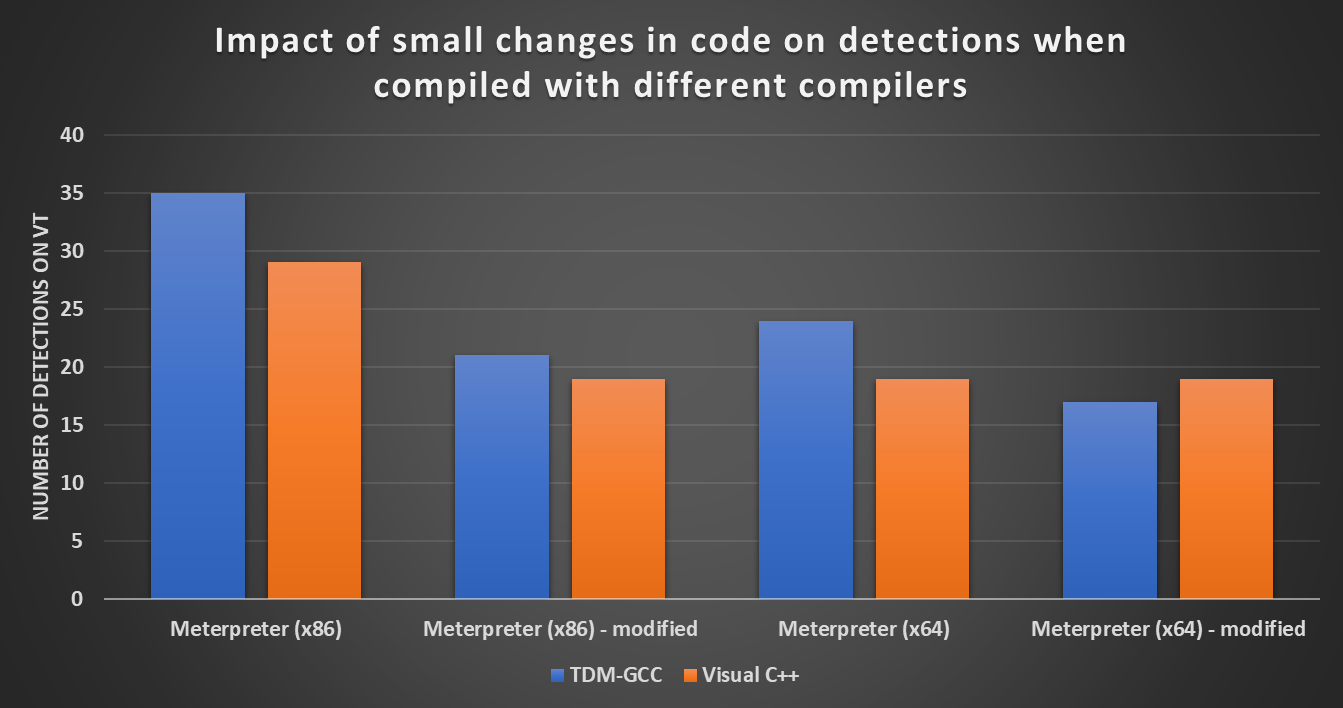 As we can see, the use of Visual C++ compiler over TDM-GCC does not always result in lower detection scores, as it might have appeared from the first chart. What is obvious from both charts, however, is that the choice of a compiler truly does make an impact when it comes to the ability of AVs to detect malicious code.

Even so, this is far from the whole story, since the choice of a compiler is not the only thing that affects the contents of a resulting binary. Use of different optimization settings might go a long way to change the result as well and the same might be true for use of different linkers. Given how simple our test code was, the differences caused by the use of different linkers should not be too significant here, but in the case of more complex code, it could certainly be noticeable… and there are many other factors as well. That will, however, be a topic for another time.

14 Nov 22 Alex Post
Seeing abnormal Suricata alerts isn’t too unusual in my home environment. In many cases it…
SANS
0
3 Aug 20 CyberSafe-WP-Admin
I spotted another interesting Powershell script. It's a bot and is delivered through a VBA macro that spawns…
SANS
0