Thanks a lot to all of you who posted a comment on my diary entry “DIY CD/DVD Destruction“. They inspired me to try out some other methods.

But I only have one microwave that we use to prepare food, and I’m not willing to experiment with something that we will continue to use for food preparation. So I did not try out that method.

Someone suggested to just snap the CDs in two, wearing gloves. I tried that: I put 10 CDs in a plastic bag, and snapped them in two (sometimes more than 2 pieces) wearing gloves, inside that bag to contain plastic and metal flakes. It took me 38 seconds to snap 10 CDs, and it was not difficult. So that method worked for me. 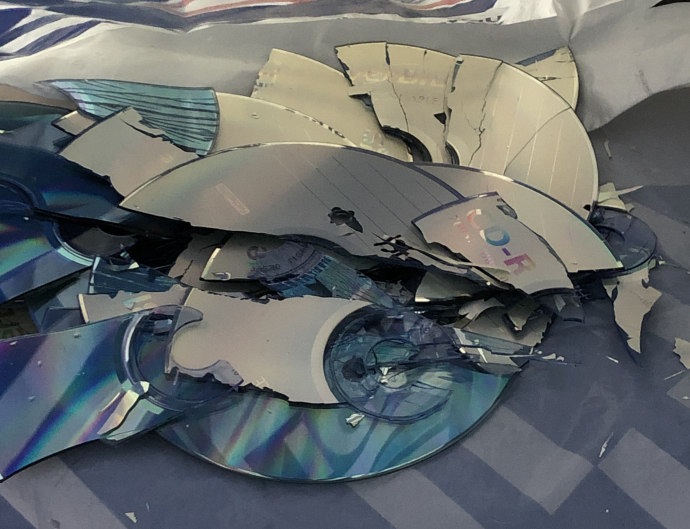 Another reader suggested to cut the CDs, using something like metal shears.

I tried that too with 10 CDs. It worked, but it took met 45 seconds to cut 10 CDs and I found it harder than snapping CDs. 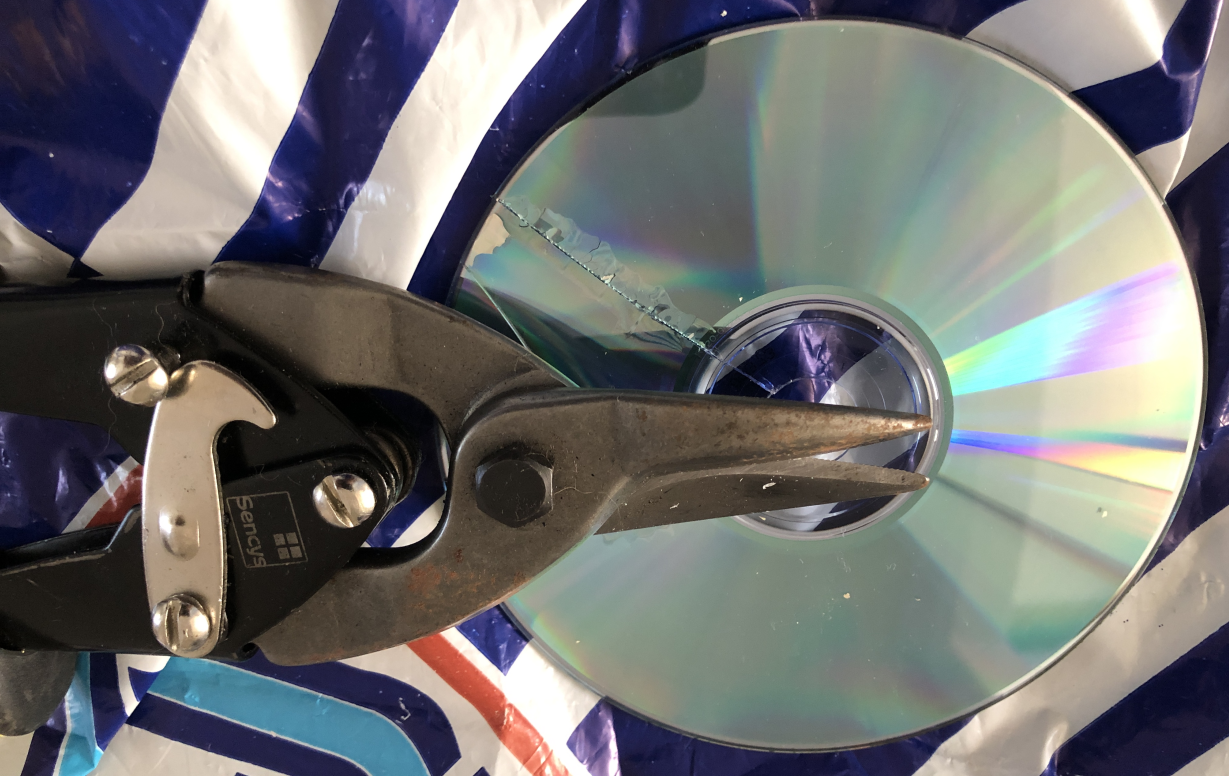 All the comments regarding (microwave) ovens, inspired me to try with a heat gun.

That didn’t work out. First of all, after 1 minute, I still had not melted a stack of 10 CDs. When I tried just one CD, it took 42 seconds to deform the CD so that it would no longer fit inside a drive. I used the heat gun outdoors, just in case fumes would be generated, but I didn’t see any. Maybe there were fumes coming out of the melting plastic, but I didn’t see or smell any. 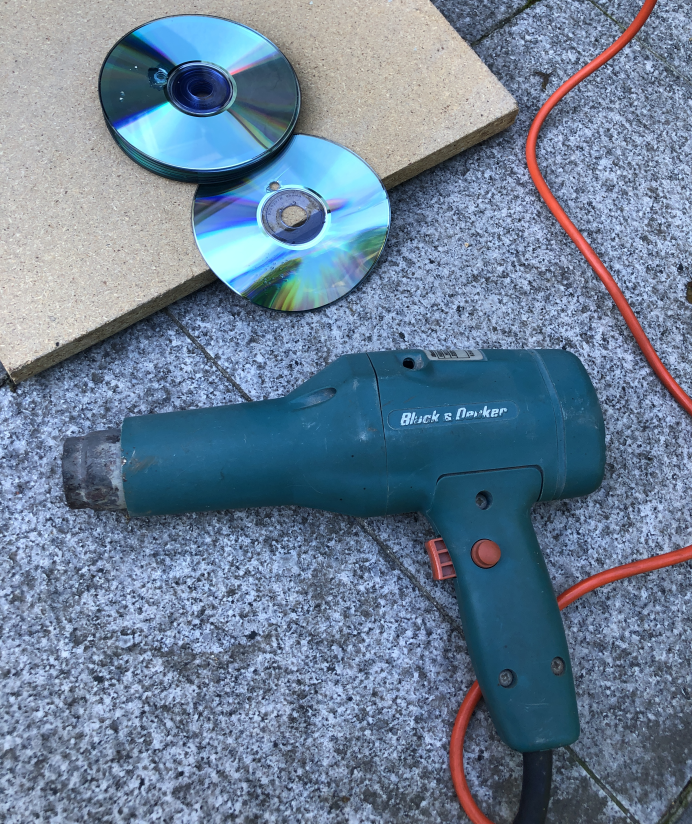 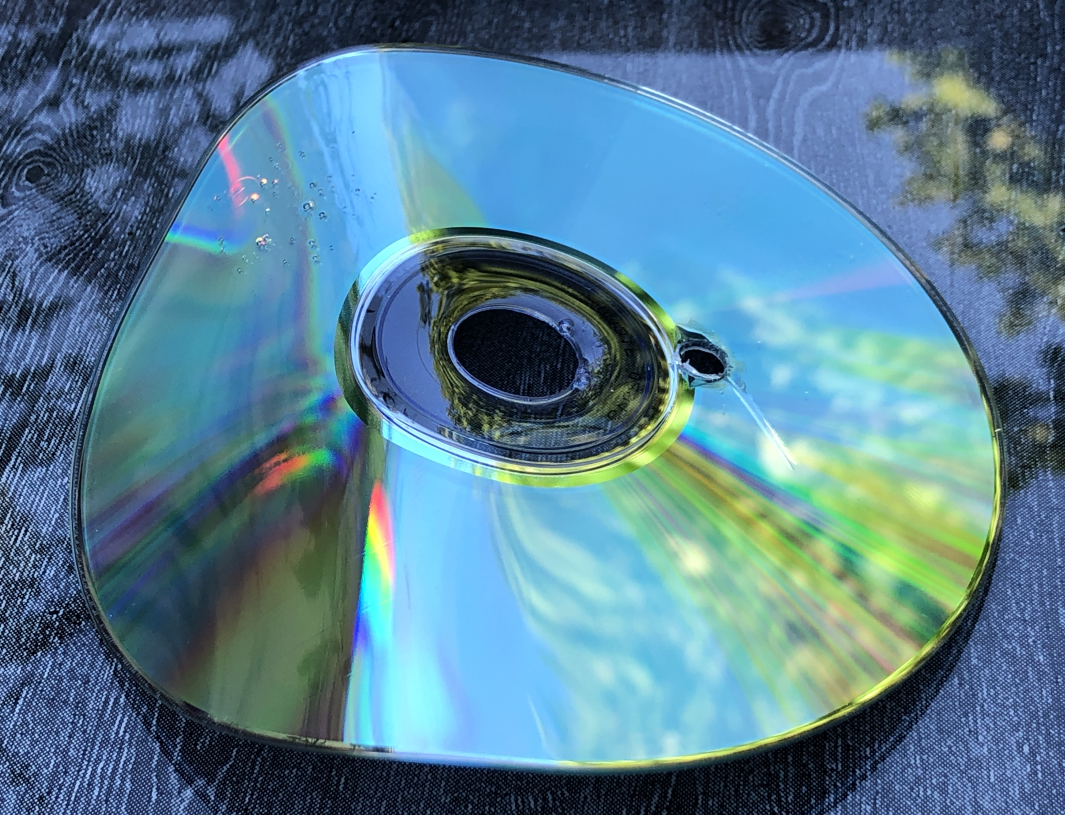