That the ICMP packets do not actually contain an IP packet, but just a part of it.

RFC 792 states that the destination unreachable message only contains the IP header and 8 bytes of the TCP header (that would be the source and destination port, and the sequence number):

That is not the case in my example: 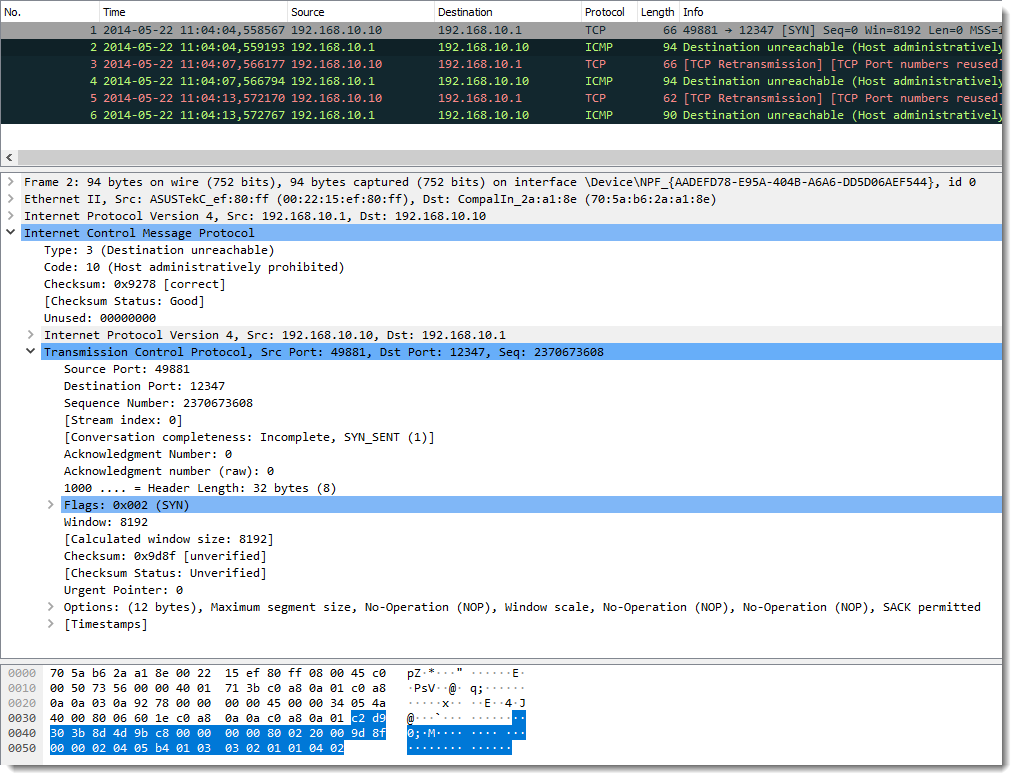 RFC 792 is more than 40 years old, and has been updated several times since.

In a nutshell: include as many bytes from the original datagram as possible, without risking fragmentation.

And for a TCP SYN packet, like in my example, that is no problem at all.