MuddyWater is a subordinate element within the Iranian Ministry of Intelligence and Security (MOIS).[1] This APT group has conducted broad cyber campaigns in support of MOIS objectives since approximately 2018. MuddyWater actors are positioned both to provide stolen data and accesses to the Iranian government and to share these with other malicious cyber actors.

This advisory provides observed tactics, techniques, and procedures (TTPs); malware; and indicators of compromise (IOCs) associated with this Iranian government-sponsored APT activity to aid organizations in the identification of malicious activity against sensitive networks.

Click here for a PDF version of this report.

As part of its spearphishing campaign, MuddyWater attempts to coax their targeted victim into downloading ZIP files, containing either an Excel file with a malicious macro that communicates with the actor’s C2 server or a PDF file that drops a malicious file to the victim’s network [T1566.001, T1204.002]. MuddyWater actors also use techniques such as side-loading DLLs [T1574.002] to trick legitimate programs into running malware and obfuscating PowerShell scripts [T1059.001] to hide C2 functions [T1027] (see the PowGoop section for more information).

MuddyWater actors use new variants of PowGoop malware as their main loader in malicious operations; it consists of a DLL loader and a PowerShell-based downloader. The malicious file impersonates a legitimate file that is signed as a Google Update executable file.

According to samples of PowGoop analyzed by CISA and CNMF, PowGoop consists of three components:

These components retrieve encrypted commands from a C2 server. The DLL file hides communications with MuddyWater C2 servers by executing with the Google Update service.

Note: cybersecurity agencies in the United Kingdom and the United States attribute Small Sieve to MuddyWater with high confidence.

See Appendix B for further analysis of Small Sieve malware.

In the samples CISA analyzed, a malicious Excel file, Cooperation terms.xls, contained macros written in Visual Basic for Applications (VBA) and two encoded Windows Script Files. When the victim opens the Excel file, they receive a prompt to enable macros [T1204.002]. Once this occurs, the macros are executed, decoding and installing the two embedded Windows Script Files.

The first .wsf is installed in the current user startup folder [T1547.001] for persistence. The file contains hexadecimal (hex)-encoded strings that have been reshuffled [T1027]. The file executes a command to run the second .wsf.

The second .wsf also contains hex-encoded strings that have been reshuffled. This file collects [TA0035] the victim system’s IP address, computer name, and username [T1005]. The collected data is then hex-encoded and sent to an adversary-controlled IP address, http[:]88.119.170[.]124, via an HTTP POST request [T1041].

According to one sample analyzed by CISA, FML.dll, Mori uses a DLL written in C++ that is executed with regsvr32.exe with export DllRegisterServer; this DLL appears to be a component to another program. FML.dll contains approximately 200MB of junk data [T1001.001] in a resource directory 205, number 105. Upon execution, FML.dll creates a mutex, 0x50504060, and performs the following tasks:

This group is also known to use the POWERSTATS backdoor, which runs PowerShell scripts to maintain persistent access to the victim systems [T1059.001].

CNMF has posted samples further detailing the different parts of MuddyWater’s new suite of tools— along with JavaScript files used to establish connections back to malicious infrastructure—to the malware aggregation tool and repository, Virus Total. Network operators who identify multiple instances of the tools on the same network should investigate further as this may indicate the presence of an Iranian malicious cyber actor.

The following script is an example of a survey script used by MuddyWater to enumerate information about victim computers. It queries the Windows Management Instrumentation (WMI) service to obtain information about the compromised machine to generate a string, with these fields separated by a delimiter (e.g., ;; in this sample). The produced string is usually encoded by the MuddyWater implant and sent to an adversary-controlled IP address.

The newly identified PowerShell backdoor used by MuddyWater below uses a single-byte Exclusive-OR (XOR) to encrypt communications with the key 0x02 to adversary-controlled infrastructure. The script is lightweight in functionality and uses the InvokeScript method to execute responses received from the adversary.

The information you have accessed or received is being provided “as is” for informational purposes only. The FBI, CISA, CNMF, and NSA do not endorse any commercial product or service, including any subjects of analysis. Any reference to specific commercial products, processes, or services by service mark, trademark, manufacturer, or otherwise, does not constitute or imply their endorsement, recommendation, or favoring by the FBI, CISA, CNMF, or NSA.

This document was developed by the FBI, CISA, CNMF, NCSC-UK, and NSA in furtherance of their respective cybersecurity missions, including their responsibilities to develop and issue cybersecurity specifications and mitigations. This information may be shared broadly to reach all appropriate stakeholders. The United States’ NSA agrees with this attribution and the details provided in this report.

The following IP addresses are associated with MuddyWater activity:

Note: the information contained in this appendix is from NCSC-UK analysis of a Small Sieve sample.

Small Sieve is distributed as a large (16MB) NSIS installer named gram_app.exe, which does not appear to masquerade as a legitimate application. Once executed, the backdoor binary index.exe is installed in the user’s AppData/Roaming directory and is added as a Run key in the registry to enabled persistence after reboot.

The installer then executes the backdoor with the “Platypus” argument [T1480], which is also present in the registry persistence key: HKCUSoftwareMicrosoftWindowsCurrentVersionRunOutlookMicrosift.

If this file does not exist, then it uses the hardcoded values listed in table 4:

Small Sieve beacons via the Telegram Bot API, sending the configured Bot ID, the currently logged-in user, and the host’s IP address, as described in the Communications (Beacon format) section below. It then waits for tasking as a Telegram bot using the python-telegram-bot module.

The following commands are supported by the second of these formats, as described in table 5:

Any commands other than those detailed in table 5 are executed directly by passing them to cmd.exe /c, and the output is returned as a reply.

Threat actors may be attempting to thwart simple analysis by not passing “Platypus” on the command line.

Internal strings and new Telegram tokens are stored obfuscated with a custom alphabet and Base64-encoded. A decryption script is included in Appendix B.

Before listening for tasking using CommandHandler objects from the python-telegram-bot module, a beacon is generated manually using the standard requests library:

The hex host data is encoded using the byte shuffling algorithm as described in the “Communications (Traffic obfuscation)” section of this report. The example in figure 2 decodes to:

Although traffic to the Telegram Bot API is protected by TLS, Small Sieve obfuscates its tasking and response using a hex byte shuffling algorithm. A Python3 implementation is shown in figure 3.

Figure 3: Traffic Encoding Scheme Based on Hex Conversion and Shuffling 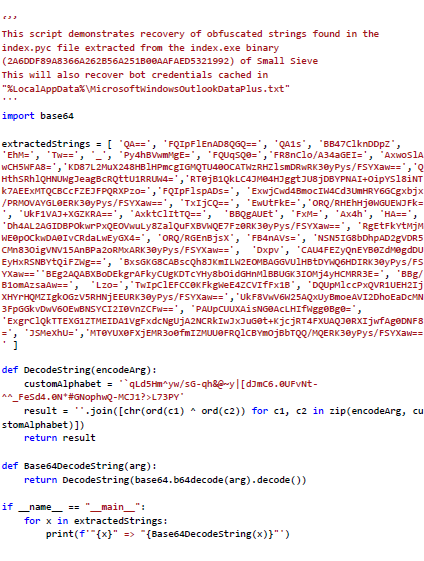 To report suspicious or criminal activity related to information found in this joint Cybersecurity Advisory, contact your local FBI field office at www.fbi.gov/contact-us/field-offices, or the FBI’s 24/7 Cyber Watch (CyWatch) at (855) 292-3937 or by email at [email protected]. When available, please include the following information regarding the incident: date, time, and location of the incident; type of activity; number of people affected; type of equipment used for the activity; the name of the submitting company or organization; and a designated point of contact. To request incident response resources or technical assistance related to these threats, contact CISA at [email protected]. For NSA client requirements or general cybersecurity inquiries, contact the Cybersecurity Requirements Center at [email protected]. United Kingdom organizations should report a significant cyber security incident: ncsc.gov.uk/report-an-incident (monitored 24 hours) or for urgent assistance call 03000 200 973.

Reposted from US-CERT. Click here to read the original posting. 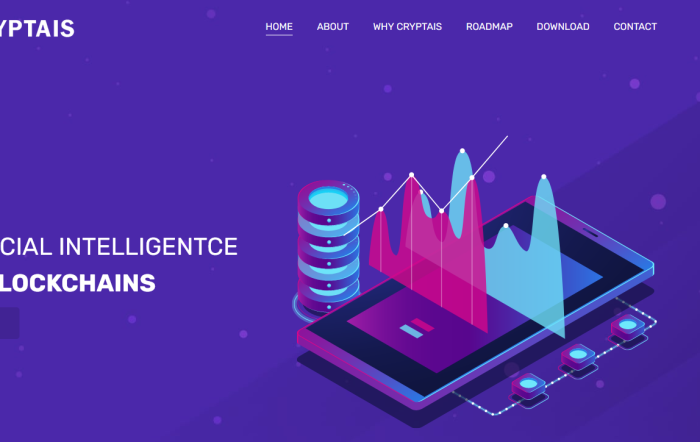